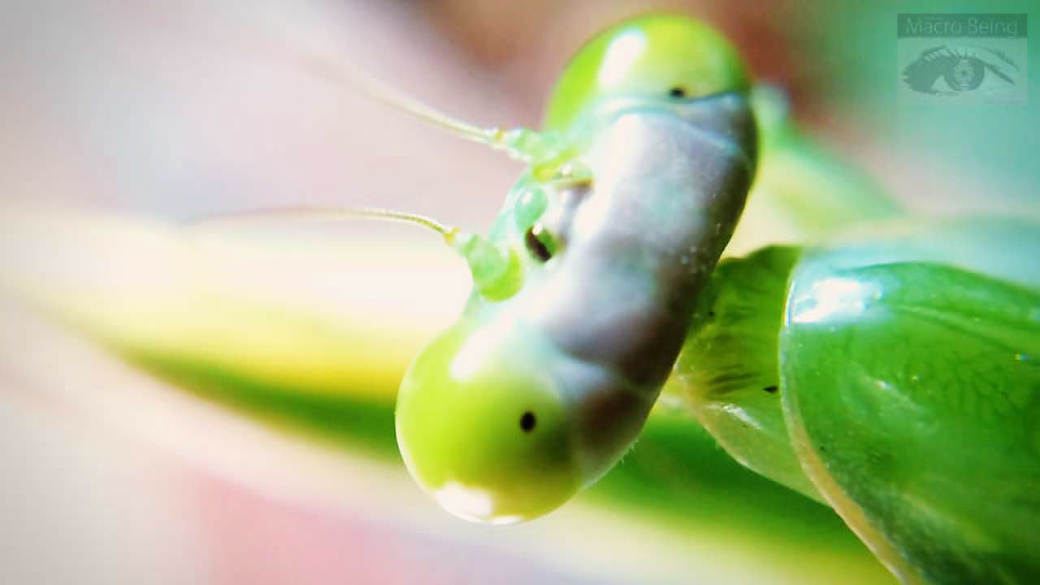 The praying mantis is named for its prominent front legs, which are held together and bent at an angle that resembles a prayer position. This fascinating insect is a formidable predator.

Mantis can turn its head 180 degrees and scan its surroundings with two large compound eyes and three other simple eyes located between compound eyes.

Mantis changes color from green to brown as it grows through it’s life cycle. The female Mantis devour their male’s head during mating.