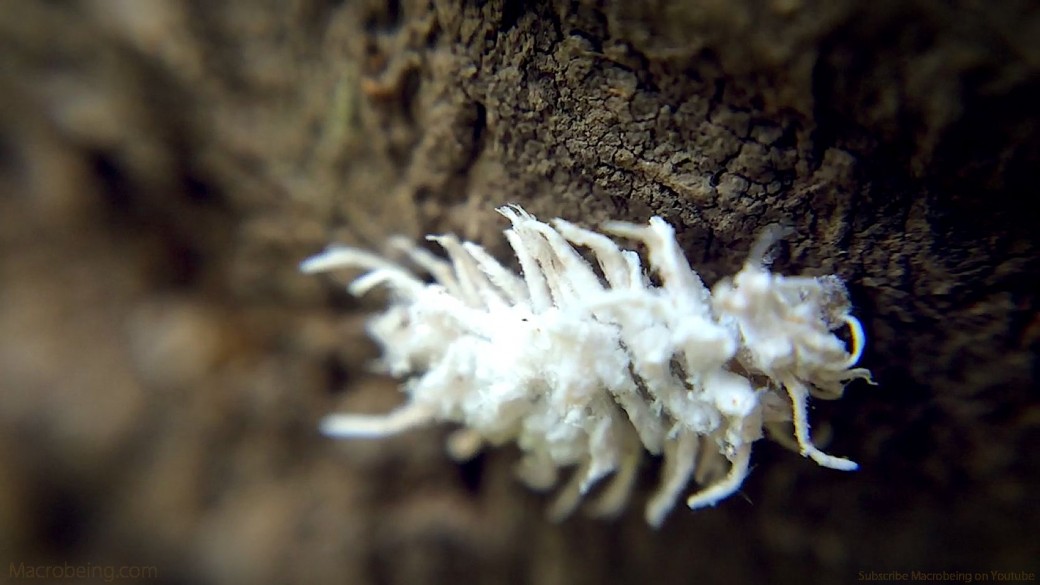 This soft and fuzzy white insect is a predatory Ladybird Beetle Larva. Scientists explains this as “Wolf in sheep’s clothing” as it closely resembles some of its prey, like Aphids and Mealybugs. To avoid being killed by ants, these bugs evolved to produce glands which produce defensive chemicals and impregnable woolly coat of wax filaments as their defense. Its called Mealybug destroyer cause as an adult it can kill Mealybugs, which are a common greenhouse pest affecting houseplants, ornamentals and fruits.